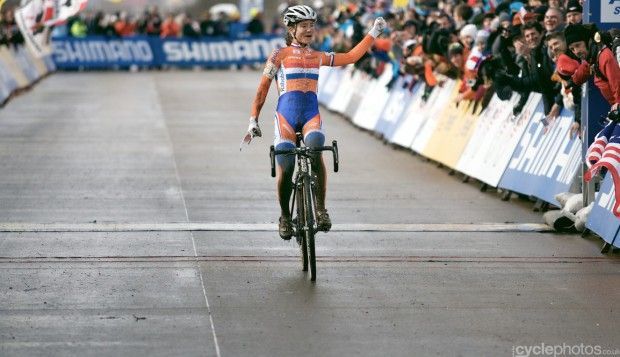 Where to start! Simply put, Dutch superstar Marianne Vos is a phenomenon, an enigma on the bike.

July 8th - Prologue (2 km up South Access) ... starts at 6:30 pm with registration starting at 5:30 pm. Location  for Registration is bottom of South Access at the entrance to the Go-Kart Track.

July 10th - Road Race starting at Jales Corner - 30 km distance for U13 and Recreational riders ends at Kettley's Canyon, 51 km for U15  and 78 km for Expert ends at South Access. Start time 10 am with registration at 9 am at Jakes Corner 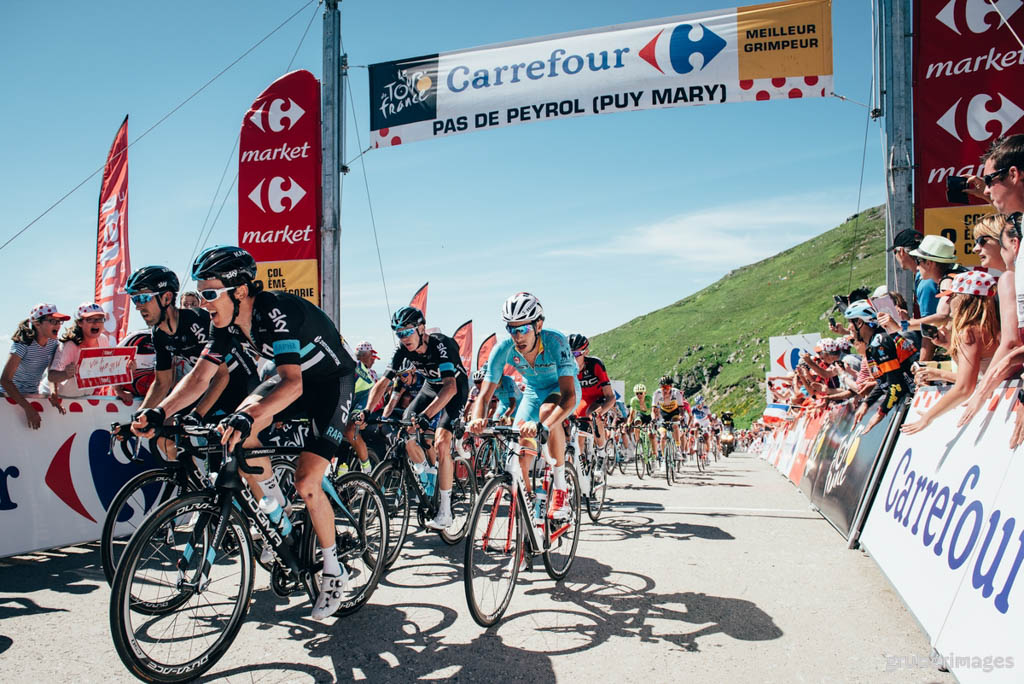 In today's CT Daily News Digest: Twenty-nine at the line!

... to read about all of this in detail click here

Each week during the Tour de France we'll be bringing to you Cyclocosm's unique take on 'how the week was won'. In this second installment of the series, Cosmo looks back on the first five stages of the Tour de France, and gives a special nod to the Dimension Data teamwork that has brought Mark Cavendish several stage wins. 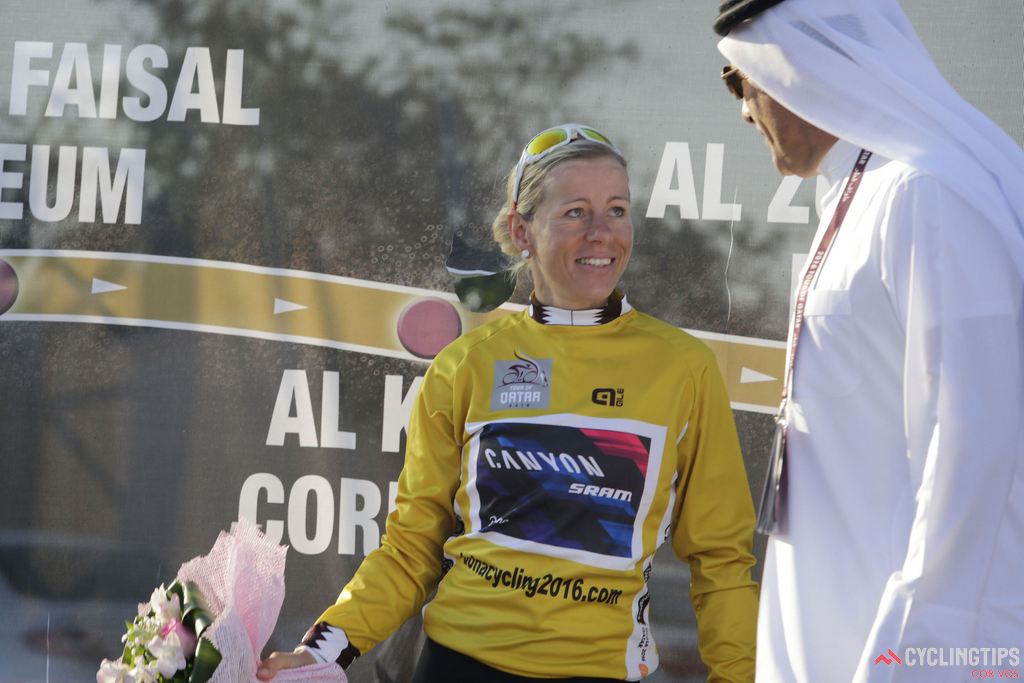 After crashing out the Trofeo Alfredo Binda on March 20th and losing her kidney, Trixi Worrack (Canyon-SRAM) was unsure whether she was able to continue her career. But with her sights firmly set on the Rio Olympics, the German national champion has been working hard on her rehabilitation for the past two-and-a-half months and now, Canyon-SRAM announces that Worrack will make her return to racing this weekend at the Auensteiner Radsporttage tour in Germany.

It's finally sunny and temperatures are warming up. This means it's that fun time of year when we celebrate #NewKitDay and show off our new threads at the weekend group ride. We tried and reviewed a bunch of kit to help inform you before your next purchase. 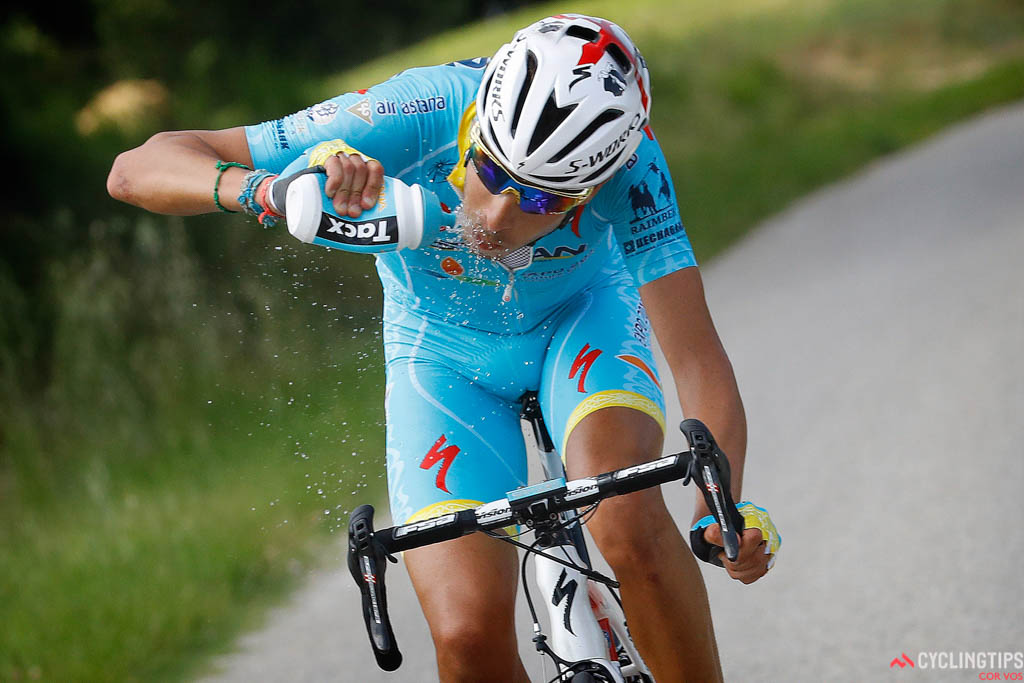 Fabio Aru's tough spring season, marred by illness and poor fitness, triggered rumors that Astana teammate Vincenzo Nibali might share GC leadership at the Tour de France, even after winning the Giro d'Italia in May.

It's a question of money versus morality. The lure of a new team versus some thorny old questions.

The new Kingdom of Bahrain cycling project has quickly gained publicity, and it's not the kind it's been seeking.

Liv says yes to empowering women cyclists - There's this specific moment every cyclist faces. It's the moment you decide whether to meet your fears, or retreat; a battle of determination or mind-over-matter. Liv's "Actually, I Can" campaign aims to inspire through stories of women who have used bikes to change their realities; everything from affecting social change to just accomplishing personal goals Liv-Cycling.com... 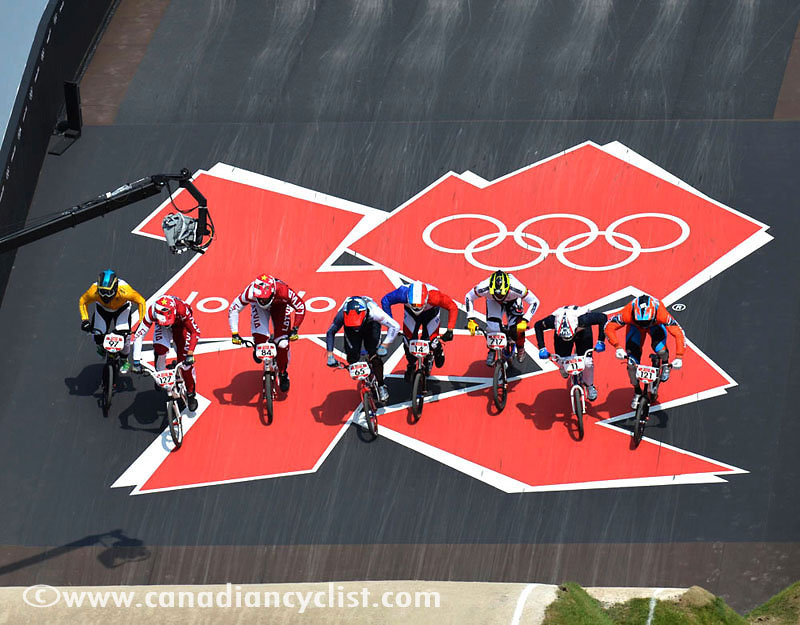 Canada has qualified one position in the men's BMX competition for the Rio Olympic Games.  The Union Cycliste Internationale (UCI) announced the nation quotas after the conclusion of the BMX world championships in Medellin, Colombia, at the end of May. The BMX competition will take place at the Olympic BMX Centre in Deodoro Olympic Park, on August 17-19. 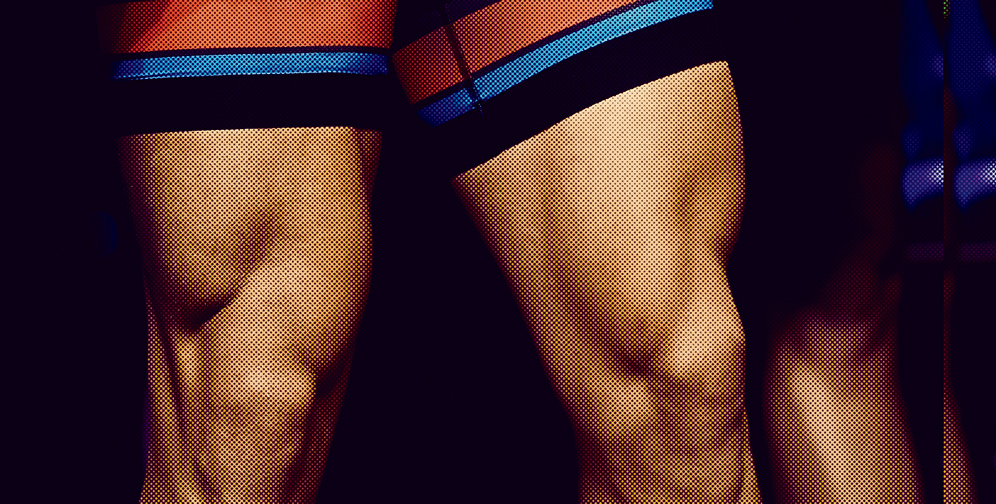 There are quads. Then there are cycling quads. And of the four muscles that make up the quadriceps, the one that's come to signify the strongest, hardest-working riders-and the one that routinely turns heads on your rides-is the teardrop-shaped bulge just above the knee called the vastus medialis oblique, VMO for short.

A pickup truck plowed into a group of bicyclists including children along a western Michigan road, killing at least five people with a weekly riding group, according to local reports.

A witness, who narrowly missed being struck, saw the driver hit least eight bicyclists with the bike club, WOOD-TV reported.

"I stepped back, blacked out for a second, turned around and before I could say 'watch out' to the bikers, it happened," the witness told the TV station.

The extent of the injuries are unknown at this time.

... as reported at this site 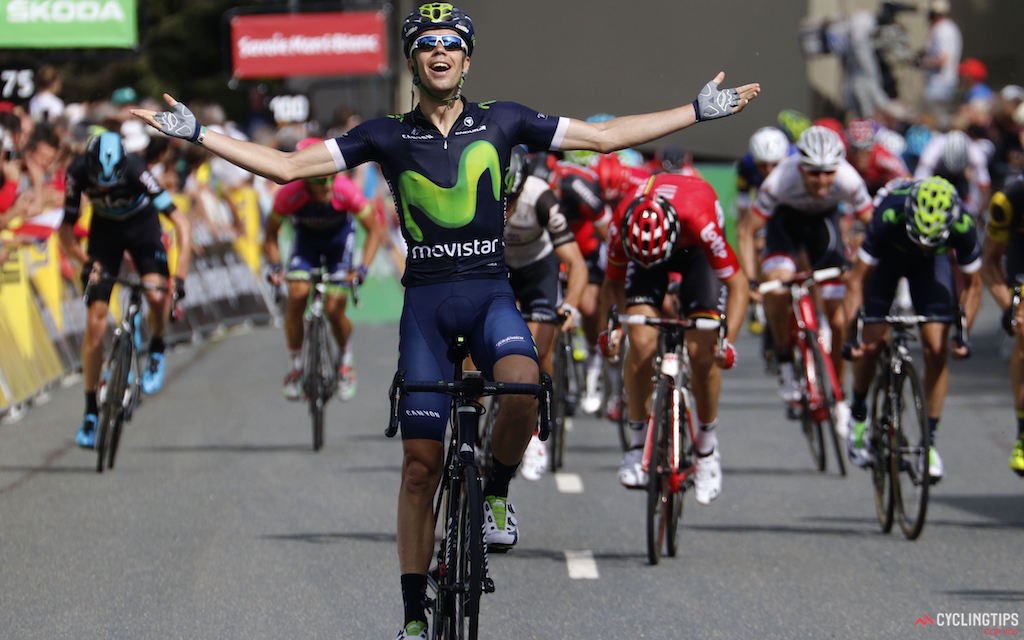 In the words of Aretha Franklin (and I think Annie Lennox was there too!), "Sisters are doing it for themselves!" And that they are. Yes, ladies and gentlemen, the wait is over: welcome to the first instalment of the Female Secret Pro!

With a stout headwind on the final leg of the Kluane Chilkat International Bike Relay, it quickly became apparent to the frontrunners the overall title would be settled in a sprint to the finish line. Stephen Ball and Preston Blackie were banking on it. The Whitehorse cyclists both consider sprint...
Read more
A member of the Croepke Crushers family team leads a pair of racers at the 24 Hours of Light mountain bike festival at the Biathlon Yukon Range on Sunday. The 16th annual event saw a record turnout this year.If riding over 300 kilometres in a day sounds tough, imagine doing it on challenging trails...
Read more
On a gorgeous Saturday, 112 riders set out to conquer the 173-kilometre Southern Lakes Gran Fondo.Riders ages six to 73 battled a strong headwind on a course that started and finished at the Marsh Lake Community  Centre.... to read more click here
Read more
Under clear blue skies, light winds and mild temperatures, thirteen cyclist turned up for the third event ofVeloNorth's 2016 road cycling series.The event was an individual time trial starting at the junction of the Alaska Highway and South Klondike heading south on the Alaska Highway 8.5 km, with...
Read more
Though these "old guys" did not win this trophy (Preston did) they did finish first in the 5-man categoryHe did it again!! Preston Blackie wins the Southern Lakes Yukon GranFondo in a time of 04:53:16 and with it the Golden Helmet and Trophy!! The Crooked Wheel Award went to Team "True Grit"...
Read more
Ross Phillips on Day 2The RaceTotal of 108 riders listed on the official entry pageCrossing Portugal in 8 days, north to south; finishing in Sagres - the southern west point of Europe; 1000 km of off-road racing across forest tracks, gravel roads and steep single tracks on clifftops.Racing from...
Read more
RACE SEASON BEGINS - Nineteen riders turned out Wednesday for the beginning of the U Kon Echelon race season. The criterium event was held on Titanium Way in the Marwell area. Photo by Vince FedoroffU Kon Echelon's first bike race of the season Wednesday night in the Marwell Industrial subdivision...
Read more
Considering the world-class mountain bike trails the territory has to offer, it should be no surprise Yukon cyclists would secure their best results off road at the Western Canada Summer Games.... to read the rest click here
Read more
It was an ordinary commute home for 20-year-old Simon Geoffroy that resulted in an accident that has put him in a Vancouver hospital. ... to read the rest please click here
Read more
A 29-year-old cyclist from Whitehorse was hospitalized Monday after being struck by a van on Saskatchewan's Highway 11.... to read more click here
Read more
Chris Rider races in the Tour de Whitehorse on Friday. Whitehorse's Elijah Buffalo and Trena Irving won the expert divisions in the three-stage eventphoto by Tom Patrick of the Yukon NewsWhitehorse's Elijah Buffalo has achieved a goal years in the making. After coming close a few times, Buffalo won...
Read more
20-year-old woman was crossing Normandy Road in Takhini subdivisionA bicycle laying on the ground and a minivan with a cracked windshield could be seen on Normandy Road for several hours after the collision. (CBC) A Whitehorse cyclist was medevaced to a Vancouver hospital after being hit by a...
Read more
All articles
Items: 1 - 12 of 35
1 | 2 | 3 > >>

Missy forged the path for mainstream professional downhill mountain bikers around the globe. A serious force of nature, Missy (42) did not earn her nickname The Missile for nothing.

In 2005, a few days after giving birth, Jane and her family were told she had just hours to live. She had contracted Necrotising Fasciitis (NF) and it was very quickly ripping through her body.

Thankfully their prognosis was not correct, but for Jane this was only the first battle of many. Extensive surgery was required to get rid of the NF, one which involved the removal of her abdominal muscles. As she lay in intensive care, it was becoming clear that her physical ability would never be the same again.

Tara Liane's incredible story is not one of how she became paralyzed crashing in a downhill mountain bike race back in 2007 but rather one of determination, drive and the positivity.

The four-time national bike champion may have lost the use of her legs but she is living proof that you can always come back fighting and if you have the will, energy and competitive spirit can help you to achieve what others would deem impossible.

One of the pioneers and champions of women's racing is Eileen Gray. It's a name that might not be familiar to many, but the incredible vision and hard work of this woman made a significant contribution to establishing women's cycle racing on the national and international stage. 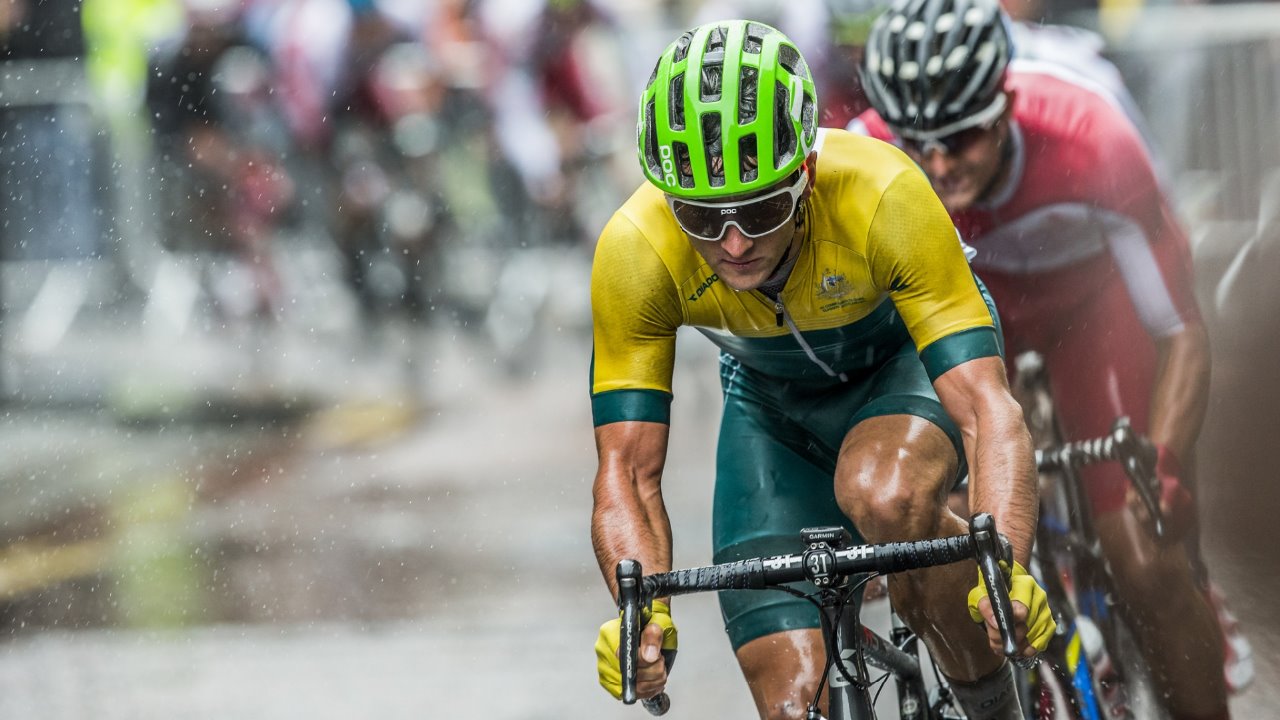